It’s all getting a bit confusing! 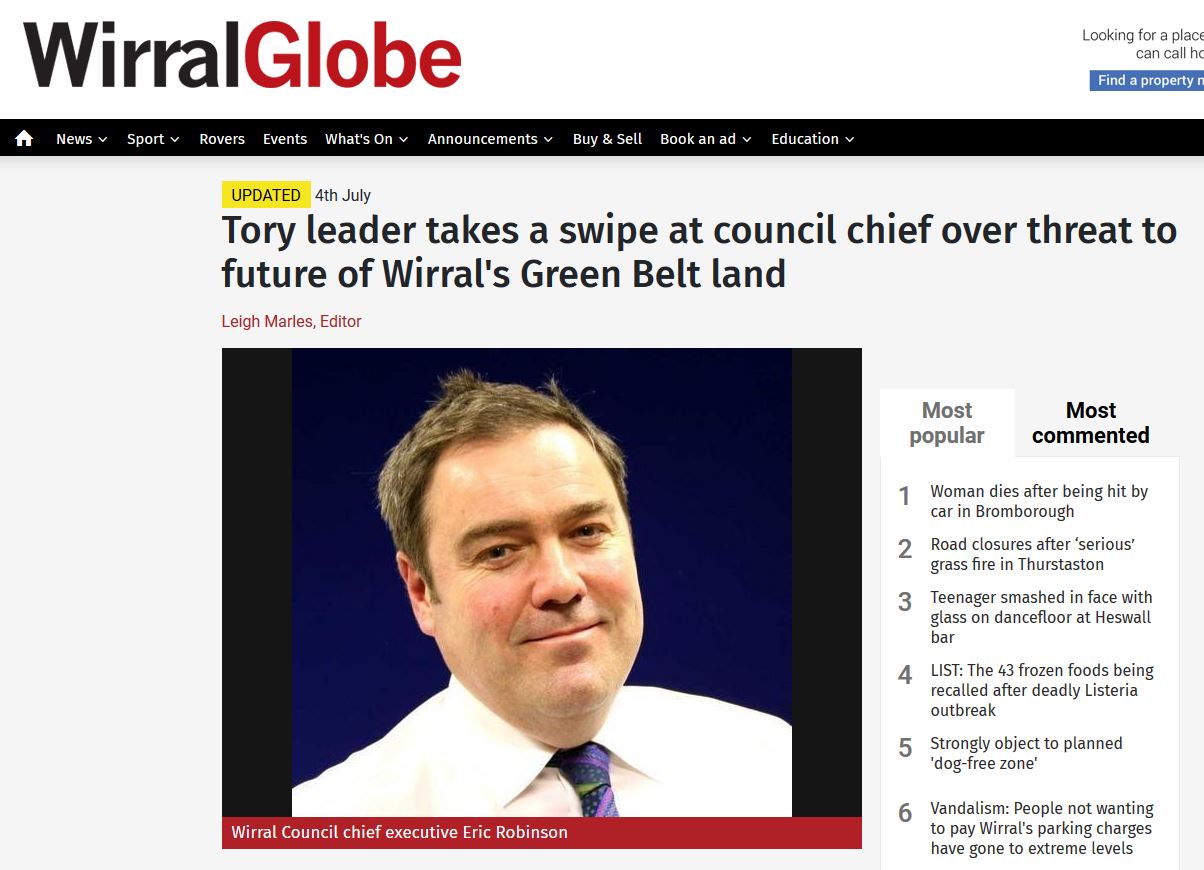 Thanks to the regular press releases by Wirral Council to Wirral’s local press sending mixed messages about Wirral’s Greenbelt, our Chairman, Rod Tann, has sent the following the letter to The Wirral Globe. Hopefully the Wirral Globe will publish our letter, but even if it doesn’t, we would urge all those concerned about Wirral Council’s mixed-message media campaign about Green Belt policy to raise questions in the press. It seems our trust is being played in a confusing game of Green Belt ping-pong between Council executives Phil Davies & Eric Robinson with the people of Wirral stuck in the net across the middle of the table!

As the only voluntary group that takes an interest in the overall well-being of the peninsula’s environment, we would like to comment on the front-page report ‘Major Threat to the Green Belt’

The announcement from Wirral Council –strangely from its Chief Executive, rather than its Leader – about the possible need to take precious land in the Wirral Green Belt for house-building, raises many questions.

Where is the hard evidence that the projected growth of the Borough is going to increase both in economic and thus in population terms? On current evidence, despite the Council’s apparent efforts over many years, it has been unable to attract new medium / large employers to the area and this, linked to its lack of an available skilled workforce, has not changed. The last assessment which would have reflected this trend, was published in 2016. If there has been a marked change and there is indeed now the evidence of new employment opportunities and the need for new houses for incoming workers, we are unaware this new information been published and put before Council? If it has been published, where can it be found?

Without any apparent expected change in the Borough’s economic fortunes we are aware of, it was suddenly announced by the Council last year, that it was unable to satisfy Government targets to prove a 5-year housing supply and it thus needed to build nearly three times the number of houses i.e., some 800 houses per year, over the period. We now read the Chief Executive telling us this tripling of the building rate needs to be sustained for a further 10 years beyond the original 5 year target. We in the Society want to know – who says so? Where is the evidence of this need or is it just the aspiration of the Government Planners? Is it the Metro Mayor? or is it the Borough’s Cabinet, laying the ground for building 160 luxury houses in the Green Belt at Hoylake?

I should add that the Wirral Society is not opposed to development as such – only to development in the wrong place, or without justification. As the peninsula is geographically / administratively an island, there is no room for outward expansion, so as most of our Green Belt is in production as farmland, it is needed to help ensure the country’s ability to current food production of some 40% is not further reduced. It is already obvious that the Borough has plenty of re-useable land within its urban area, without the need to take more protected land. May we now ask the Chief Executive to respond to our concerns?