Whilst covering something that may be considered a ‘dry’ subject, this plan is very important as, once agreed, it will form the basis upon which major planning decisions will be made in the coming years.

Government Intervention: We are trying to find out more of what happened at a  meeting held between Government officials and senior figures from Wirral Council concerning the Council’s inability to produce its Local Plan before 2020.

Threat to the Wirral Green Belt: However, it would appear that one outcome (which we foresaw) is that, arising from the Council’s over optimistic economic growth forecasts, its correspondingly high housing targets could not be met from land within the existing urban area. There was therefore the real prospect of a formal review of the Borough’s Green Belt boundary being required. This would be the first step in deciding if any Green Belt land should be removed from its current protection in order to build houses –and, if so, how much and from where.  We now know that this review is to be carried out.

The Council Leader’s pledge: The Council leader is quoted as saying he pledges to  put Wirral residents’ needs, and its views, at the heart of (the Council’s) decision-making; also, that taking Green Belt land will be  the “absolute last resort”. On this last point, we have little faith in what he says, as long as he thinks there is public support behind his plans for the Hoylake Golf Resort, with its 160 luxury houses in the Green Belt.

Public ‘Consultation’: As part of the Review, the  Council, has announced there is to be a 6-week public ‘consultation’ on the Council’s  Local Plan,  to be carried out over the main holiday period from beginning of August. The  Society will be fully involved in this ‘consultation’ – and we hope, if you support our concern for the future of the open land within Wirral Borough, you will make your own comments to the Council, to make sufficient impact on official thinking.

The Council’s annual assessment of how much building land is has available to meet its declared targets was expected last month, but it has not yet appeared.  We are asking Wirral Council whether the recent announcements made for a number of separate new housing developments within the Borough’s urban area, notably at ‘Wirral Waters’,  will help sufficiently to satisfy the housing targets; we are also seeking publication of the annual assessment of building land availability. 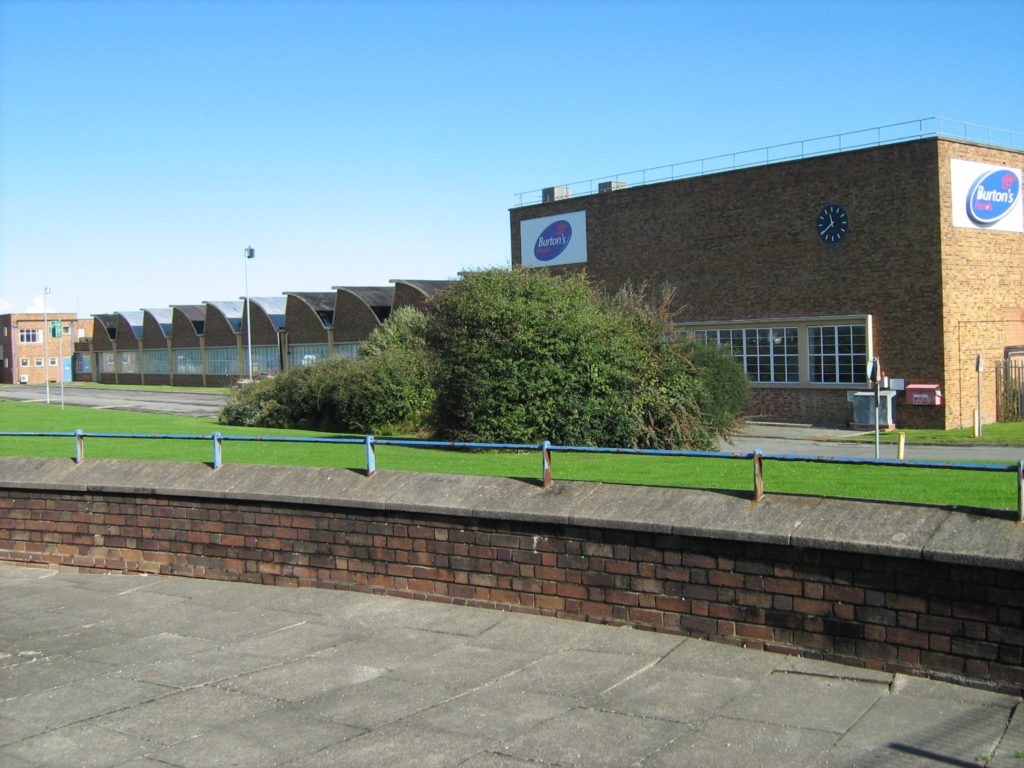 Burton’s Biscuit factory site, at Moreton:  We have recently learned that the plans for a major new housing development on part of this site are still scheduled to go ahead; it’s understood that a  developer has been chosen and, once legalities and a detailed permission is received, work could start within the next 12 months. The Society is very supportive of this scheme.

Whilst we are sorry that part of the former Burton / Cadbury building will have to be demolished, the owners have tried to market the building without success. It is a good scheme, in that it lies within the existing urban area, close to public transport routes and may help to bring new life to Moreton town centre.  We are also keen to see the restoration of the Water Feature which lies close to Pasture Road, and which is included as a condition of the planning approval.

The Society is working closely with (and is represented on) the ‘Stop Hoylake Golf Resort Action Group’ (SHGRAG) and its members continue to be pro-active in following up concerns over this scheme.  The scheme has been around as an idea since around 2001 – but now seems to be high on the Council Leader’s agenda as part of his vision for economic development in the Borough. The Council have publicly said this idea was ‘one of the options’ for such development, but despite current Freedom of Information requests, it is proving difficult to obtain information on what the alternative schemes actually were.   Currently, SHGRAG  is asking the Council for its comments on a number of aspects:-

Delay in design studies: it is asking why,  after 15 years and £1 million spent on Consultants, the Council is only now finding out, by its own admission, that:

“…the project has proven more complex than expected”

As a result, design studies, scheduled to start in February, have not yet begun. SHGRAG is suggesting this may be due to the fact that the developers (NJVG) are struggling to obtain finance for the project.

Director resignations: clarification is also being sought on why Directors are resigning from the NJVG and their Key Partners, when, to quote the Council leader:

Council loans to the Developers:  concern continues that the Council are still proposing to lend £26 million to the developers, despite the fact that NJVG has a history of bankruptcy, has slipped behind with its programme and Directors are now resigning from what the Council Leader described in Dec 2017 as a “strong team”, and of which “Branded Hotel Management (BHM)” are “key partners”. Specifically, Andrew Rouse has resigned from NJVG and BHM, and 3 of the five directors of BHM have gone this year.

If you have the time and interest, SHGRAG would welcome more volunteers. If you can help, please ring Phil on 07988 677270

It was established from the Council, at a recent West Wirral Constituency Committee meeting attended by the Society’s Chairman, Rod Tann, that should the plan for the Golf Resort go ahead, the developer will only be able to build the 160 luxury houses once the other elements of the Resort are complete.  Whilst this seems good news, insofar as it would ensure the developer doesn’t pull out of the project after building the houses, it does raise a question. As we all understood it, this requirement by the developer to build the 160 houses was needed to help finance the development (what is known as ‘Enabling Development’).  Rod was able to make this point at the meeting and it is hoped an answer will be forthcoming.

We are checking to see whether similar conditions were applied in the case of the houses that were recently approved by Wirral Council in the Green Belt within the Eastham Village Conservation Area, as ‘Enabling Development’ to fund the building of social facilities in the Village.

The saga of trying to secure the future of this significant Grade II Listed building continues.  A scheme for the refurbishment of the Manor itself , together with the accepted need for additional new housing in the grounds, is currently out for consideration.

The Society has examined the plans for the proposed McCarthy and Stone development in the Village.  We have objected, in support of Willaston Residents, as we consider it is the wrong location for such a development.

One reply on “Pressure On Our Green Belt”

I agree with the society’s support for the current plan for Burton Manor. (I edited and part wrote the History of Burton in Wirral, published in 1981)