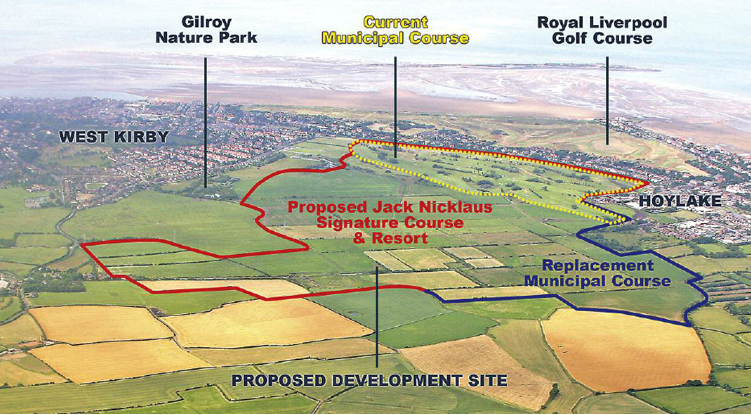 The Wirral Society notes with much concern the Council’s proposal to expend a further £600,000+ in order to pay for the cost of environmental investigations for the proposed Hoylake Golf Resort. This is in addition to the Council’s recently expended sum of £260,000. We support Councillors Ellis & Watt’s concerns over the costs and viability of this project. It must be remembered that this project has been discussed at various times during the last15 years, and it is estimated must have already cost the public between £1-2m.

Part of this early expenditure was on the CAPITA Symonds report in 2006, which the Council commissioned to assess the viability of the scheme. This told the Council that, in essence, it would be unlikely to be approved, because of the need to build a hotel & clubhouse in the Wirral Green Belt.

In the last 2 years, the only way the Council has gained any interest from the private sector has been by recognising the developer’s wish to also build some 150 luxury houses on this Green Belt farmland, on the Course periphery, in order to help pay for the Resort construction costs; this seems to be something the Council keeps forgetting to mention. Now the Council is unexpectedly faced with having to find a further large sum to keep the project alive.

Surely, enough is enough and it’s time to call a halt to this vanity project. The Council cannot keep throwing good money after bad now that we are in a declining golf market, where similar ventures elsewhere are failing to succeed financially.

If it is intent on continuing, the Council should lose no time in putting in an Outline Planning Application on the scheme, to test whether it is able to find ‘Very Special Circumstances’ required under Green Belt legislation, to allow all these buildings to be constructed in the Wirral Green Belt.